James has moderate dementia, among several other chronic medical conditions. But as a US Veteran, James demonstrated early in life that he is strong and resilient.  Over 75 years ago, James was drafted to WWII at age eighteen. Under General George S. Patton, he fought in the Battle of the Bulge—the last major German offensive on the Western Front during the war. Then, in March 1945, he fought at the Rhine River Crossing. “Most of those he fought with did not return,” says his granddaughter, Jackie. “His tank was blown up by a land mine, and he got shrapnel in his left leg. He was awarded the Purple Heart. He is a tough-as-nails guy.” 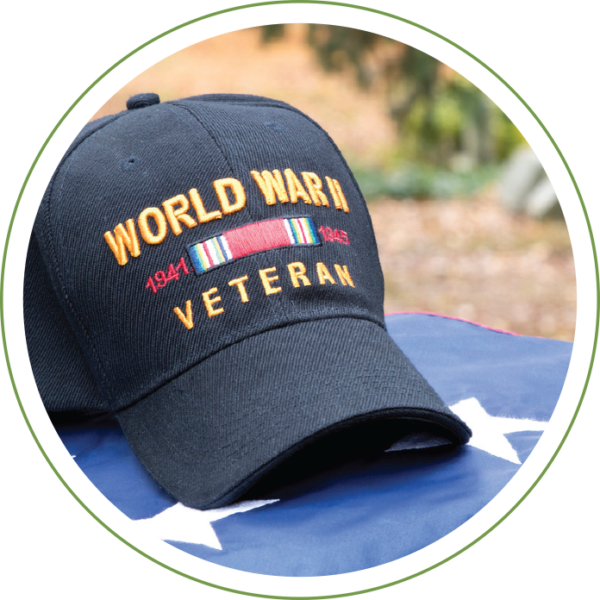 Once back from the war, James started a family and earned a living driving a car-carrier for General Motors. “He drove all over the United States,” Jackie says. “Driving was a passion for him.”

Throughout his granddaughters’ childhood, James was nearby.

Jackie says, “My grandparents lived four houses down from us my entire childhood. He was a big part of my life growing up. He was there for every milestone, every sporting event—even when my parents couldn’t be there. He had a special relationship with me and my two sisters, each in a different way.”

Shortly before James’ wife passed away of leukemia thirteen years ago, she asked her granddaughters to promise that they would take care of James at home. And the sisters took this to heart. After their grandmother died, they moved in with James and continued the work their grandmother had once done, such as make meals, pay bills, and do laundry.

“She had done everything for him,” Jackie says and laughs. “He couldn’t write a check or boil water.”

Jackie adds, “Some of my friends didn’t understand my decision to move in and take care of my grandfather. But when my grandma passed away, it seemed like a natural step to give back to him. He is a second father to us. Our goal has always been to keep him in his house as long as possible.”

Complications as James Gets Older

At first, James’ granddaughters primarily just did chores around the house. “Up until three years ago, he was even still driving,” Jackie says. But over time, James’ cognitive function began to decline.

“We realized he had some form of dementia coming on,” Jackie says. “It was getting harder for him to get out of the house. He refused to socialize anymore and was forgetting things. Slowly, we had to take things away, like his driving, and start doing them ourselves.”

James also had issues with severe stenosis of his lower spine. This caused muscle decline, instability and loss of balance. Ultimately, James began falling and injuring himself. “My sister and I are two women, and I have had several back surgeries myself,” Jackie says. “My grandfather is a big guy at 200 pounds. When he falls, it is a problem for us to help him.”

And James started asking to go to the emergency room for flare-ups of gout.

Jackie says, “When he told us he needed to go to the hospital, we knew there was something very wrong. This is a man who was wounded in combat. He never complains. He is tough, and physical pain doesn’t seem to bother him. When he tells us something is wrong, we know it is really an emergency.”

Jackie noted, “It takes two people and a wheelchair to get him out of the house.”

Things were getting more difficult as time passed. Jackie says, “Due to the effects of dementia, my grandfather was sometimes aggressive. He experienced hallucinations. He’d open doors to the outside in the middle of the night, which was dangerous for him.”

James was resistant to doing what his family suggested for him. He refused to shower and was too modest to have his family help shower him. He wouldn’t wear a medical alert device when they needed to leave him for short periods of time.

“He was even resistant to the idea of a commode near his bed, or using Depends®,” Jackie says.

So, more and more often, James’ family cleaned up after messy episodes of incontinence.  Jackie says, “It became more stressful. Alzheimer’s disease is a hard thing to deal with.”

James was becoming too difficult to handle. He was agitated during the day and confused at night. Jackie recalls, “By that time, we were desperate. We knew things had to get better, or something was going to have to change.”

When Landmark first reached out, James’ family was nearing the end of their rope. Upon arrival, the Landmark physician, Dr. Anthony Zizza, found Jackie in tears, not knowing what to do. But he was able to build an immediate relationship during that first visit.

Jackie says, “Dr. Zizza spoke very professionally to my grandfather, in a way that a war veteran could understand. He has a great way of relating to the patient in the beginning—and that’s what opened my grandfather up to his recommendations.”

“After my grandfather was taken off some of his medications, his mood was better controlled. He no longer experiences hallucinations. He does still have some sensory issues, but they are not nearly as severe,” Jackie says.

In addition, Landmark’s team of nurses and social workers helped the family get added services in the home, and extra assistance through community resources and the Veterans Administration.

After several visits and regular communication with James’ primary care provider, James began to improve. He was sleeping through the night and was no longer incontinent of bowels. He was eating healthier, acting calmer, had better balance, and had services in place so he could shower daily. The family was able to help him control his gout at home, rather than making emergency visits to the hospital.

As part of their ongoing support, Landmark helped Jackie and her sister, Jill, create a schedule to share the workload and decrease caregiver stress.

And Landmark helps James’ family navigate through the VA system. “One of the best things about Landmark is how they help coordinate care,” Jackie says. Joan, the family’s Landmark Nurse Care Manager, frequently talks to Jackie on the phone to help.

James continues to visit his primary care provider on the same schedule as before Landmark. “Landmark stays in touch with my grandfather’s primary care doctor,” Jackie says. “Landmark sends him notes from their visits.”

Jackie says, “Landmark offers great quality of care. When we call, they always get back to us with a response right away. They know who I am. They know our story. We are all on a first-name basis—I feel very connected to the whole Landmark system. I trust that when we reach out, they won’t leave us hanging.”

Jackie adds, “Landmark helps us in so many ways. They’re just a phone call away. The 24-hour access to assistance is huge. We finally have a resource to help us navigate our challenges. I feel like I have a relationship with Landmark. It’s nice to know that they’re always there.”

Improved Quality of Life for the Whole Family

James’ family is grateful for what Landmark has provided through geriatric expertise, nursing support and mobilization of community resources.  Jackie says, “I sometimes wonder—what if Landmark never came into our lives? How do other families of Alzheimer’s patients manage without Landmark? I don’t know where we’d be if it weren’t for this company. It’s really a mental thing for us, as caregivers. It’s so important to know that Landmark is there to help us when we need it.”

It’s been just under a year since Landmark stepped in to help James and his family. “In that short amount of time, we have seen major improvements,” Jackie says. “My grandfather is happier. He is not having as many falls. And he hasn’t been hospitalized again since Landmark came into the picture. Things aren’t perfect, of course. But we’re having a lot fewer bad days than before.”

Jackie sums up her experience with Landmark this way: “If we’ve ever felt like giving up, Landmark is there to pick up the pieces. Landmark is a lifesaver, honestly.” 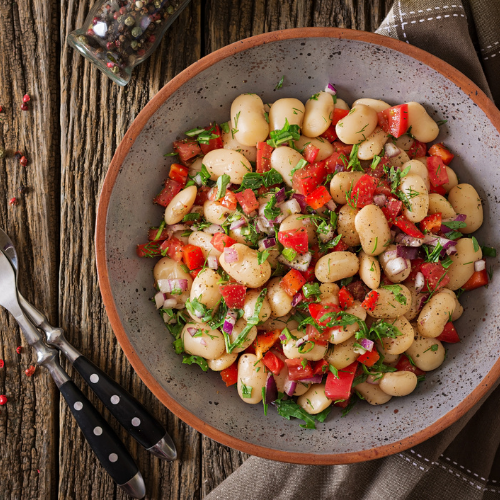 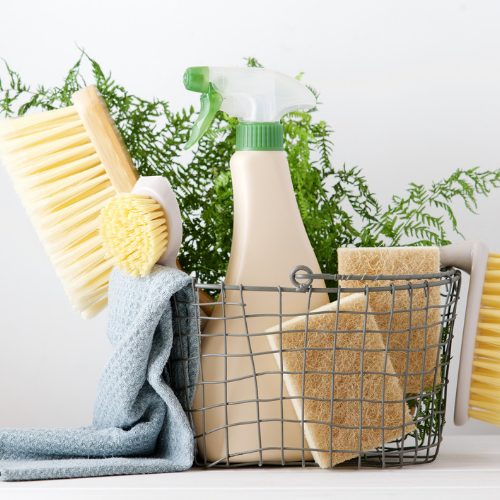 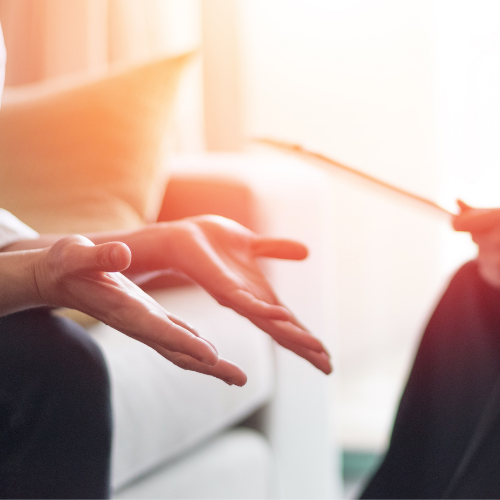