Robert Langridge’s cardiologist told him he needed an operation for an aortic valve aneurism. But at 87, and with other health conditions complicating the situation, he wasn’t sure it was the best idea.

The doctor “was really adamant” about the need for surgery even as he acknowledged that Langridge would probably function at a lower level after the procedure, said Langridge’s wife, Ruth. Other medical professionals the Langridges consulted also said a nursing home would almost certainly be in Langridge’s future. When the couple said they didn’t want that, one doctor’s reaction was, “What’s wrong with a nursing home?”

“Very early in my training, I realized that I had more training in pediatrics and sub-specialty care than I did in geriatrics.”

“These kinds of decisions are really difficult, and it’s not easy to navigate,” Ruth Langridge said. She went on a search for a doctor who was more on the couple’s “wavelength” and ended up finding Dr. Carla Perissinotto, a geriatrician and professor of medicine at the University of California, San Francisco. After consulting with Perissinotto, the Langridges decided to hold off on the surgery and let Robert build up his strength.

Perissinotto “looked at him as a whole person,” Ruth Langridge said. Prior to that consultation, she noted, “nobody said, ‘Let’s see how frail you are.’ None of those doctors ever said, ‘Let’s see you walk across a room.'”

Experiences like the Langridges’ aren’t uncommon, according to gerontologists. The U.S. health care system hasn’t been focused on older patients’ specific – and varied – needs, and that should start in medical school, they say.

Where Are the Geriatricians?

The number of geriatricians has risen slowly in recent years, even as the number of Americans over 65 has been growing at a faster rate than the overall population. Older adults will outnumber children by 2034, and by 2060, almost one in four Americans will be over 65, according to a Seniorliving.org. The American Geriatrics Society projects a 45% increase in demand for geriatricians from 2013 to 2025.

Perissinotto said she started thinking about the age-related health care gap in med school, where she was “floored” at how little the professors discussed the difference in illness trajectories between older adults and the general population.

“Very early in my training, I realized that I had more training in pediatrics and sub-specialty care than I did in geriatrics. Yet in any field that you practice, except pediatrics, you’re likely to have older adults be a large percentage of the population that you serve,” she said.

The Dehumanization of Older People

Dr. Wes Ely, professor of medicine at Vanderbilt University and co-director of the Critical Illness, Brain Dysfunction, and Survivorship (CIBS) Center, had a similar realization early in his career.

“As a young ICU doctor, I went to extreme lengths in my sole focus on saving lives,” Ely wrote in his recent book, “Every Deep-Drawn Breath,” which details his experiences and his mission to restore what he calls the “covenant” between physician and patient that depends on communication.

People, especially older people, who are heavily sedated for long periods can suffer long-lasting or even permanent physical and mental problems, said Ely, now head of a team that works with patients who have suffered from delirium and other problems post-ICU.

Doctors often “do a great job of saving” older patients, “but sometimes don’t pay attention to the ways they suffer,” Ely said. Older people are particularly prone to post-intensive care syndrome (PICS), a collection of physical and mental disorders that can include depression, memory problems and fatigue, he said.

“This dehumanization of older people and ageism that is going on is, I think, a very dangerous trend in society right now that we have to overcome,” Ely said. “We find it in medicine, but also outside of medicine, in the general world.”

Vanderbilt is developing a program to give medical students “a more consistent dose” of geriatrics in the curriculum and more emphasis on what matters to the patient, Ely said.

That would be a welcome change to people like Michael Gulliford. When his father, a popular veterinarian still practicing at 85, landed in the hospital, “he was just treated like an old person,” Gulliford said. “I spent most of the time I was there trying to remind people only a number of weeks ago he was an eighty-five-year-old working five days a week” as hospital staffers made comments like, “Well, he’s eighty-five. He’s old” or “He’s had a good life.”

“I wonder, if we were a society that recognized older adults were different, would we have saved lives?”

“When you’re that age, the lack of just one person who oversees the whole body” is a major problem, Michael Gulliford said. A patient will see a heart specialist for the heart and another specialist for the brain, but no one to put together the effect of one issue on another, he said.

“It’s hard to be able to piece that all together as a patient or a caregiver,” he added.

Things are very different at the beginning of life.

“In pediatrics, we actually dose medications by weight, and it’s very clear,” Perissinotto said. “We do not do anything similar with older people, probably because it hasn’t been studied.”

Yet understanding the effects of certain drugs on different physiologies is “huge,” she said. Dangers of over-prescribing include frailty, cognitive impairment and even death. “It’s unbelievable that this is allowed without much more scrutiny,” said Perissinotto.

The pandemic “brought to the forefront how ageist and how discriminatory our health care system is,” Perissinotto said.

When the Centers for Disease Control and Prevention issued its initial COVID-19 guidance, it didn’t take into account the different symptoms older adults experience, she said. It would also have been easy to miss signals about lost sense of taste or smell, especially in people with dementia, Perissinotto added.

Colleagues working in assisted-living situations said residents often exhibited signs of weakness or loss of appetite, but no one made the connection to COVID-19 symptoms like loss of taste or smell, she said.

“We missed those symptoms early on because we did not include them in our definition of symptoms,” she said. “I wonder, if we were a society that recognized older adults were different, would we have saved lives?”

In many cases, it was an “uphill battle” to get hospitals to include geriatricians on COVID-19 expert panels, and that’s not limited to COVID, she said.

“We know from literature that heart attacks are often missed, because people may present differently,” Perissinotto said. “It is not unknown to geriatricians, yet why is that neglected? The amount of harm we potentially do every day to older adults is really just unacceptable.”

The Workforce of the Future

Geriatricians say theirs is a relatively low-paying specialty, and there isn’t a lot of respect for it even among clinicians. That’s even though data show that when geriatricians are involved in patient care, hospital stays are shorter, delirium is less common and patients have better experiences, Perissinotto said.

Some medical schools are heeding the call for attention to geriatrics, however.

“It’s puzzling that we’re in the midst of this demographic transition where ten thousand people a day are turning sixty-five, yet we live in a society that has a pretty strong ageist theme running through it.”

“Every specialty of medicine interacts with older adults in some capacity,” said Dr. Alyson Michener, assistant professor of clinical medicine in the Perelman School of Medicine at the University of Pennsylvania and medical director of Penn’s Center for Continuing Care. “Educating the workforce to be able to meet the needs of this population is really critical.”

“We’re all going to be taking care of older adults,” Michener said. “Geriatrics does not need to be limited to one specialty. It should span medical training, and these concepts should be woven into everything that we’re doing.”

First-year medical students at Penn learn the “5 Ms”of geriatrics — mind, mobility, medications, multicomplexity, and (what) matters most — as well as the concept of age-friendly health systems, and those concepts are stressed throughout their training, she noted.

“It’s puzzling that we’re in the midst of this demographic transition where ten thousand people a day are turning sixty-five, yet we live in a society that has a pretty strong ageist theme running through it,” said John G. Schumacher, associate professor at the University of Maryland-Baltimore County (UMBC) and co-director of the school’s doctoral program in gerontology.

“It’s a challenge to recruit people into the field because of this issue of ageism,” and because people view geriatrics as being about “only older people,” Schumacher said. At UMBC, he said, “we’re trying to look at it as a life course issue,” taking people through youth and into old age.

“I do think things are changing,” Perissinotto said. The World Health Organization has a campaign against ageism, she noted. And “there’s starting to be more talk about it. What translates into practice, I don’t know,” she added.

Age-Friendly Medicine Starts in the ER

The emergency department is often where older patients enter a hospital, and they may face long waits in uncomfortable surroundings without any nourishment or attention. They also may undergo treatments that are unnecessary or even harmful. That’s a recipe for bad outcomes, geriatricians say. One solution gaining traction is the idea of separate emergency departments for geriatric patients.

Training everyone who comes in contact with an older patient — from first responders to front-desk staffers to doctors and nurses — to recognize needs and symptoms specific to older people, can avoid a lot of problems, said Schumacher.

That doesn’t have to mean building a new facility or even retrofitting an existing emergency department, Schumacher said. Relatively simple changes like making food available to older patients can ensure they have the “functional reserve” to answer questions, he said.

Hospitals also might want to revisit emergency-room policies on common procedures such as catheter insertion — catheters are often overused or left in too long, which can lead to infection — and fall assessment protocols to determine the reason behind a fall, Schumacher said.

Measures like this will benefit all patients in the long run, Schumacher said. “Good care for older patients is going to be good care for everyone,” he said. “This is a pretty interdisciplinary process.” 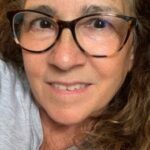 Nora Macaluso is a freelance writer based in Philadelphia. Read More 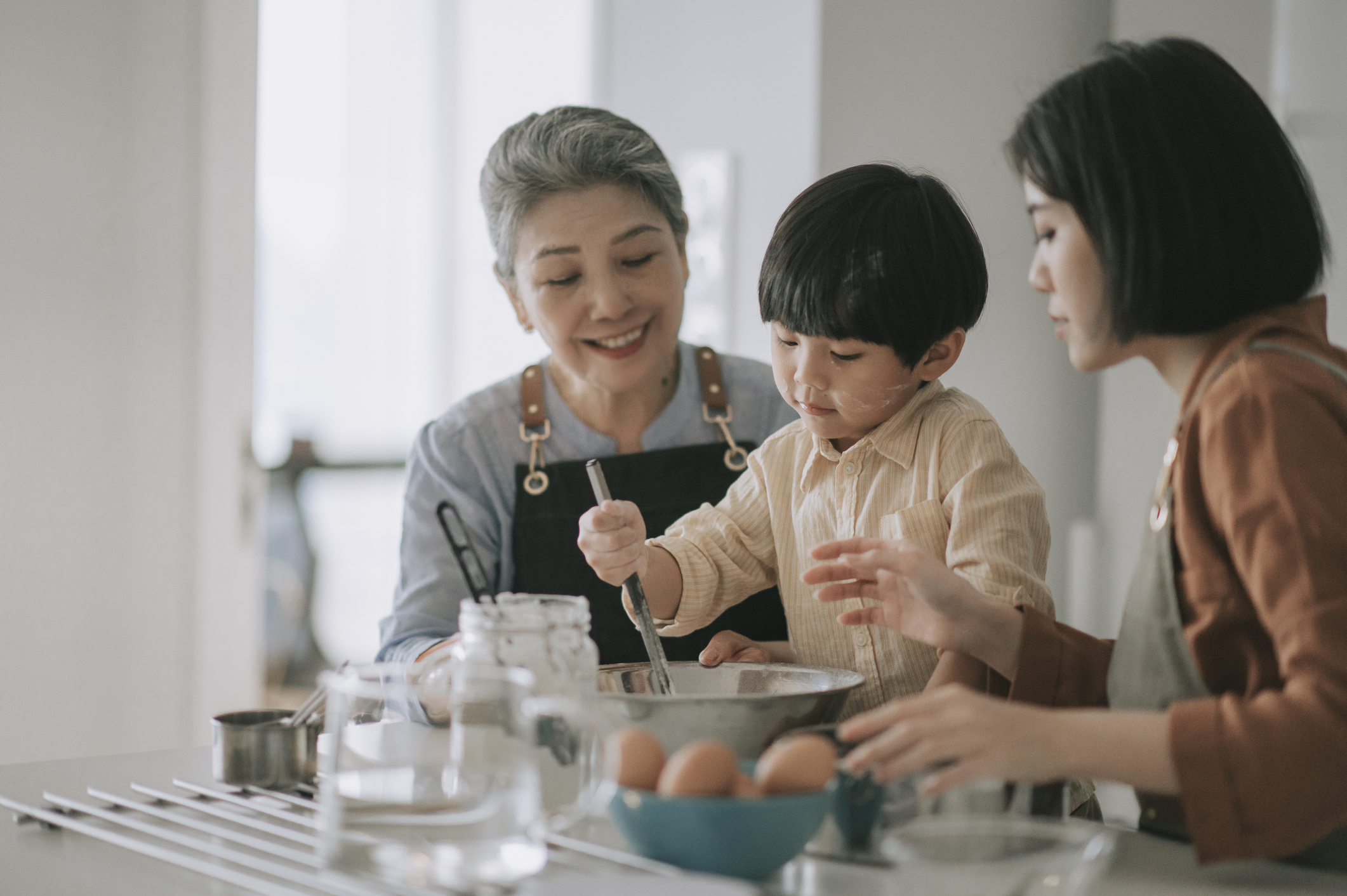 Keeping your loved ones home for the holidays and beyond 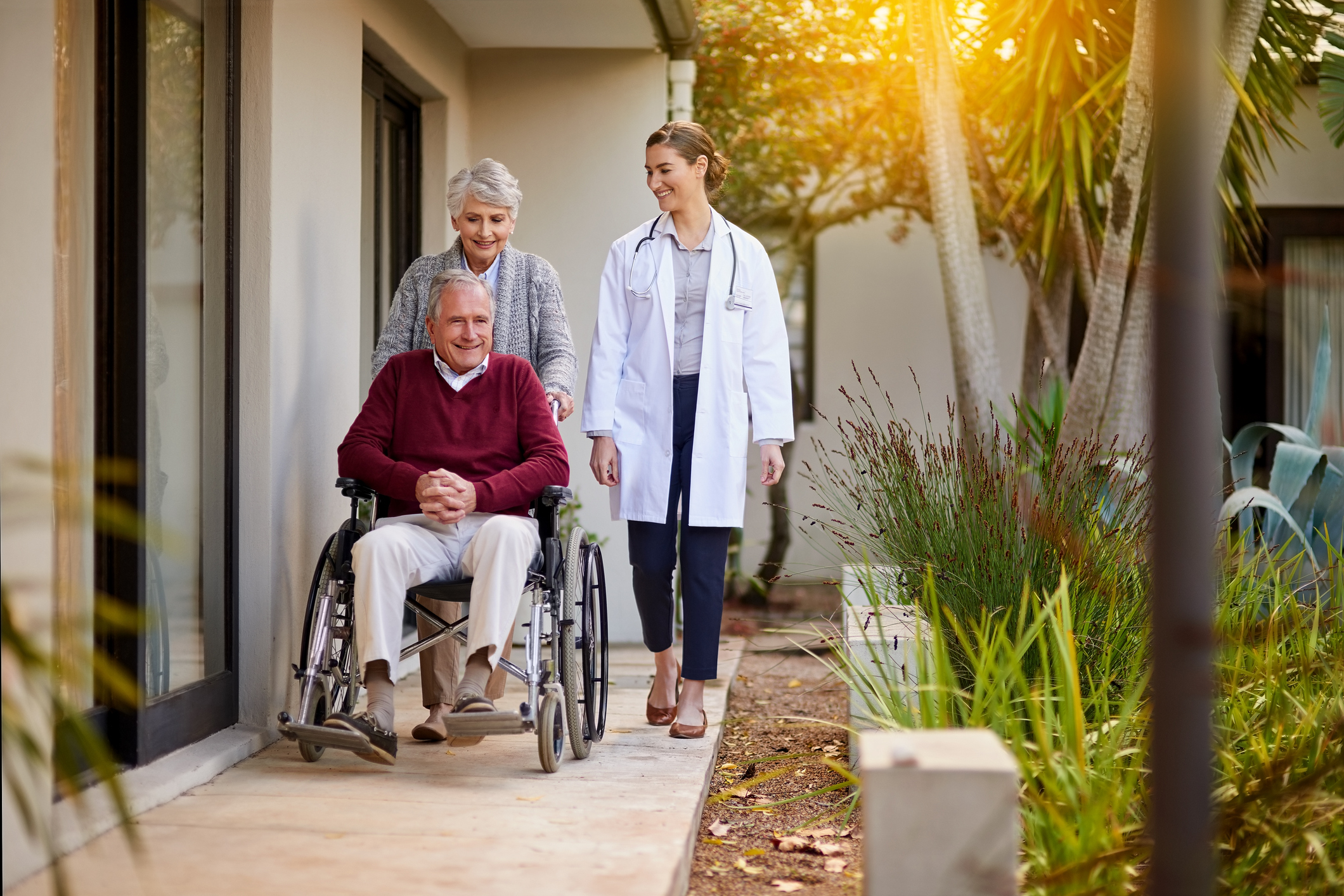 Returning home from the hospital? 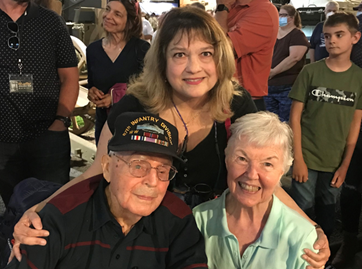 Landmark thanks all those who have served our country.